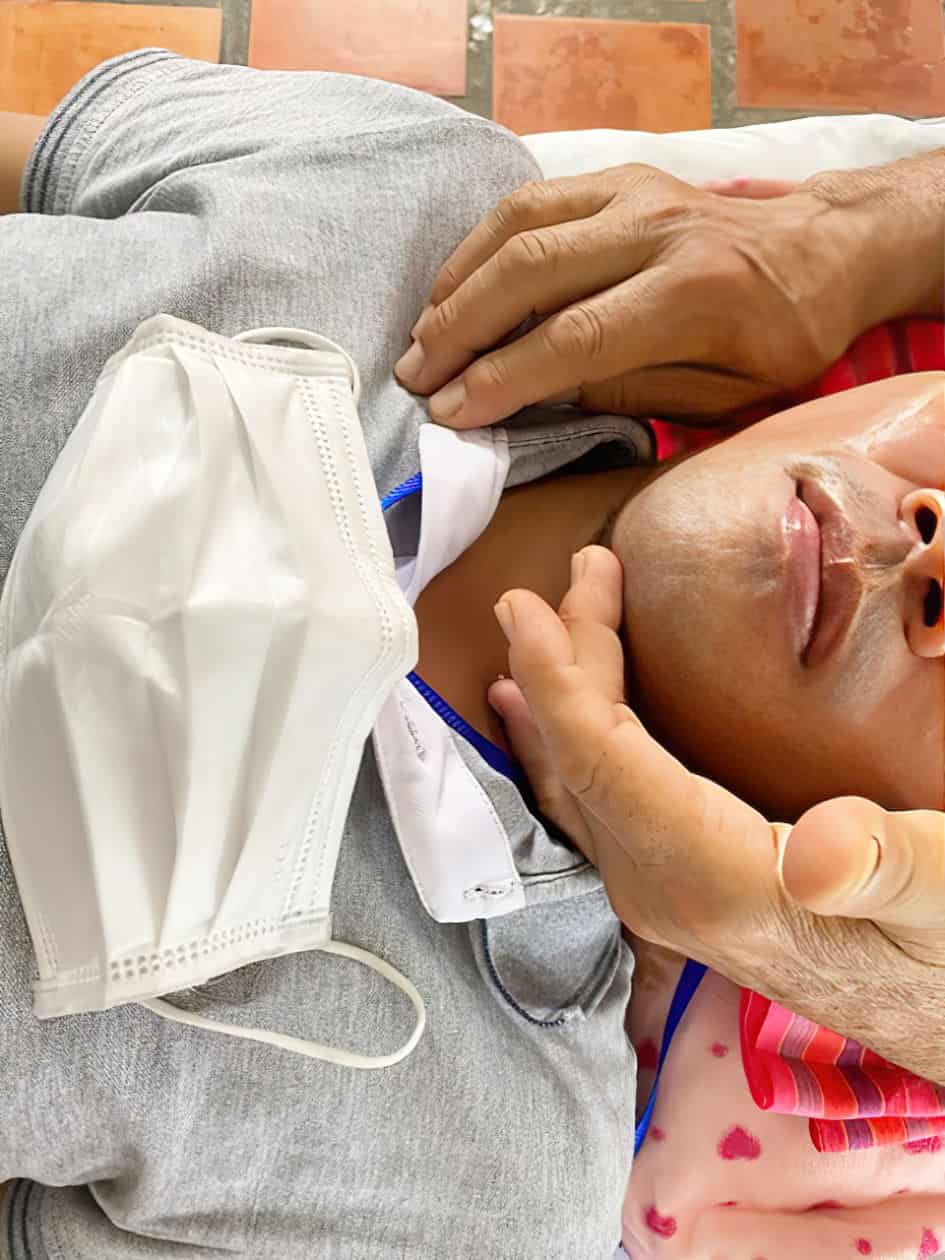 I’d never been there before.

From the first to the last child we were to see together, like the fingers on a hand, or rather two hands.

So much violence and so many abandoned, all these shortcomings, all these badly healed wounds, these tight “corsets”.

Let things go, let things come, not want anything. Our Osteopathy was there, like a jazz tune…Improvised.

There were no words, sometimes cries that were words…There were hopes of perceptions that emerged…unexpectedly. There were silences, pauses in the breathing, tensions that moved, that journeyed through these bodies that just let go. It was all there, under our fingers, delicately posed, with no other intention than to receive and to give, to create communal breathing. The aim of our caring is breathing, which unfolds as the embryo grows.

Institutes, orphanages, reception centres, an “orphanage” transformed into a centre for the prevention of violence and child prostitution. Finally, “Peace Village”, deep in the Cambodian countryside, where an admirable team of local physiotherapists turn a luminous nightclub spotlight into a multicoloured sky of sensory-motor and cognitive stimuli for children with disabilities of often unclear etiology. We meet remarkable Women who are committed to these actions which require… resources, willpower and neutrality. With a smile, we thank them; Orkun…

We observed parents accompanying autistic children on those laid out kramar tables.

Anxious Mothers and Fathers that we sometimes got to take part in the care for the child. And we were part of this reality. Our therapists’ eyes crossed and uncrossed in complicity, sharing the difficulties of how to approach, to learn, to tame these inner worlds which were looking at us intensely and which suddenly shunned us and looked elsewhere… an elsewhere which we did not know, an elsewhere we could only imagine. Autistic children are intelligences that we do not know, hypersensitivities. Everything was so sensitive in this place that we knew so little about. We were obliged to accept that we could do nothing at a time when nothing was possible, except for the child’s contact with its mother.

Our Osteopathy is changing, progressing, opening up spaces of consciousness that few in the osteopathic world can perceive. Multitudes, hundreds, almost a thousand… We would visit each child in its multitude of individuality.

I knew misery, without being able to understand misery.

We will leave children with an expressed or inferred pathology.

I like to remember…this child, barely seven years old, who came to Catherine with an injured big toe. His foot was dirty, and he walked barefoot, with the nail almost torn off on a bleeding lunula. Our friend treated him as well as she could. Suddenly the child took things into his own hands… He tore off what was left of the nail and bandaged it himself, without failing, without crying out, he covered his toe delicately as if he knew what bandaging meant, in the depths of the Cambodian countryside, barely 7 years old…` This other little child, small in stature, with natural black hair in a brush cut, and a look of immeasurable sadness and uncertainty… His staring immobility drew my attention, and he questioned me. He wouldn’t speak, but said to me: “Look where I am!” In the midst of cripples, taller than me, lying down or wandering around in improvised wheelchairs, patched up, surrounded by hoarse cries and the grating of wheels. He was good-looking in the midst of ugliness!

He was a premature baby, I think he was three years old. A lady was protecting him, a goddess who was not his mother. I took him in my arms; he neither smiled nor spoke except on HIS terms, he questioned those around him and looked at me again from the same abyssal depth. I offered him my Mediterranean smile. He remained stoic but handsome, breathing calmly, in the eye of the storm raging through the room. I could feel it; he was going to come through this, his resilience was about to express itself, he had incredible life force. Amazing, he was amazing this little boy I called Smile. I felt ugly in the face of beauty…These Cambodian kids were mostly not incarnate, unrecognized, renamed with unlikely dates of birth. They handed us a piece of paper, a white flag in exchange for the peace of their wounded souls.

“We would like to tell them… The words we receive,

It’s just like the fragrances we breathe in… Just a look… Easy to do”, in the words of the singer Francis Cabrel.

There are pains that never leave an embryo, that continue their way without any exit. Pains without any exit are the dead ends of a lack of love…Fortunately, there is the outside world that breathes, through the inside.

“When you give up trying to survive at all costs, a new light floods you”. (A Hidden Life, Terrence Malick). Cambodia Mon Amour. 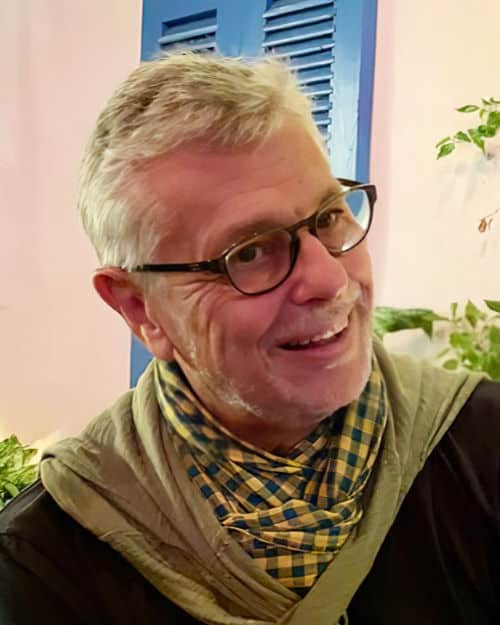 Osteopath, Monaco
He joined the docOSTEOcam team in 2022